When Mr B asked us to attend to provide a survey for a solar PV installation, we had a tricky time working out the best place to install the array! The building was an old public house with multiple roof angles, steep and access was poor!

There was an outbuilding behind the house that was big enough for a 4KW 16 panel system and facing due south! This was perfect! The only problem being that the huge chimney on the house would at times create some shading to the array, which would have meant that the whole system would suffer even if one panel was being shaded!

To avoid this issue, we installed a solar edge inverter with power optimisers for each panel meaning that even if a panel was shaded it would not down grade the performance of the other panels! This did increase the cost but the saving in scaffolding was offset as the outbuilding was a single-story unit.

Mr B went for Hyundai 250watt monocrystalline panels with a black trim to be less noticeable on his slate roof! 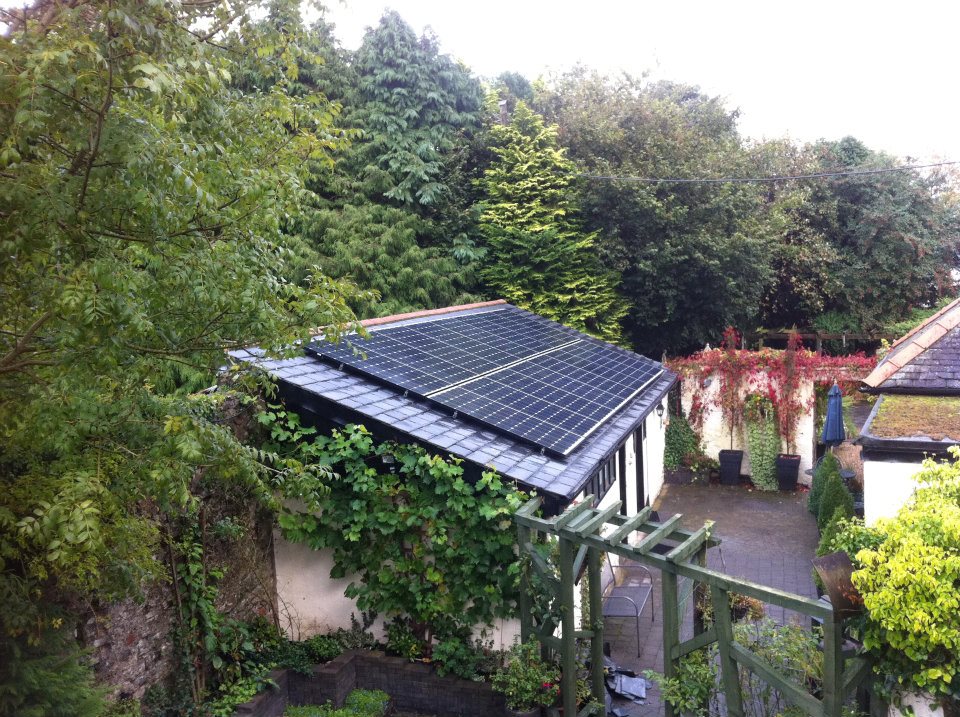 Mr B took advantage of our yearly service package that made sure energy yields and performance of panels were correct with temperatures and amount of irradiance on the day of service matched with our expected test results!